If you are hosting a Pysanky For Peace gathering and would like it added to the calendar in support as either a public or private event, please use our contact form and send us the details including – host name/organization name, on-line or in person event info, address/link, date and time and contact information. Thank you! 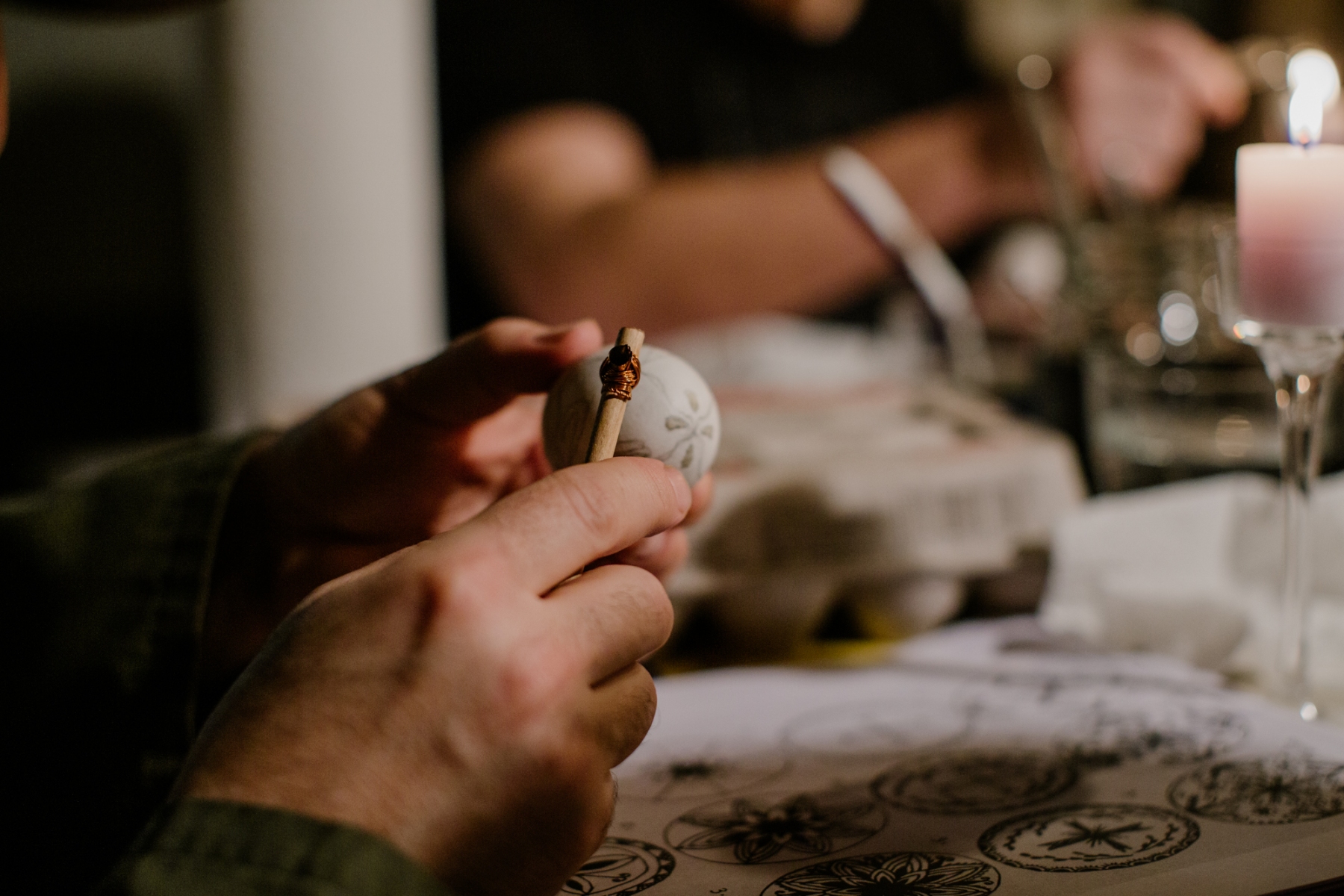 Join founder Sarah Bachinger, founder of the Pysanky For Peace Project at REFUGE in Troy NY on Sunday April 10 at 2pm for a workshop on the traditional Ukrainian art of pysanka writing. The event will begin with a guided meditation by REFUGE’s Chatelaine Tara to help facilitate the intentions that go into creating each design, and to offer up positive, peaceful energy to the people of Ukraine and their continued strength in fighting for their freedom. Registration for the event is on a sliding scale, 100% of registration fees are being donated to the 518 Ukrainians via the St. Nicholas Ukrainian Catholic Church in Watervliet, St. Nicholas Ukrainian Orthodox Church in Tray and the Capital Region Chapter of the UACC.  These groups have collectively acquired and shipped out over 50,000 pounds of supplies to Ukraine to Lviv. Donations will be collected at the event – check, cash and online options available.  We also encourage you to donate your pysanka to the project for exhibition opportunities!
The art of pysanky writing dates back to the ancient cultures of Ukraine. It has been said that if enough pysanky are created each year, it strengthens the chain that holds back evil from taking over the world. It is with these ancestral beliefs, sharing the knowledge of Ukrainian culture, and the unfolding war in Ukraine – the Pysanky For Peace Project was created. The Pysanky For Peace Project has been featured in The Washington Post, and several other nation press features are upcoming.